the essential
In many places, culture and sport are invited to the streets of Agen. It is this Saturday, September 4 that the launch of the sporting and cultural season will take place in the city.

In the streets of Agen, in the heart of the city and its infrastructures, today will be marked by the great return to culture and sport. For the occasion, the day will be synonymous with a party where street performances, demonstrations and theater will unite for a grandiose season launch. From 2 p.m., the population of Agen will be spoiled for choice and will be able to discover, according to their appetite, the sporting worlds and cultures of their choice.

Magic in the streets and in the window

On Place Armand-Fallières, for example, information stands will be run by the Sports department as well as the Jeunesse Monte le Son movement, the Image Showmen, Ski Laïque and many other associations wishing to attract newcomers. in their ranks. Doctor Esquirol’s place this time around, it is the Groupe Nuits company that will set the pace. Their show entitled “Brut” offers an alloy of dance, circus, music but also plastic arts.

A sweet mix bringing together three artists from 4 p.m., before they leave their hands at the Agen Conservatory for an outdoor dance show. Also on Boulevard de la République, the Volubilis company will surprise more than one customer of Agen shops with its show “Vitrine en cours”. “These showcase stories make you smile, laugh, disturb while questioning the relationship that we establish with our own consumption” immediately announces the company, which will breathe its creative spirit into businesses from 2 pm to 6.30 pm .

The Ducourneau Theater launches its season

At the same time, the Stadium will host multiple associations for workshops and initiations while the Lacépède media library will offer a moment of entertainment around a musical quiz scheduled for 2 p.m. On the side of the Museum of Fine Arts in Agen, the youngest will be able to discover the museum while having fun through “Viens t’aMusée”. From 3 years old and from 11 am, play bags will be given to toddlers who will be able to have fun while learning. The afternoon will be the time of puzzles with a cluedo game with the terrifying name of “danse macabre”.

To end the festivities as it should, the Théâtre municipal Ducourneau will present the program for its season from 7 p.m. At 8:30 pm, the author and actor Pierre Notte will take his ease on the stage to present his show “The effort to be a spectator”. A free evening on reservation at the theater and on presentation of the health pass which promises, with Pierre Notte, to end with certainty on a good note. 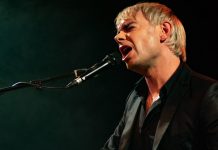 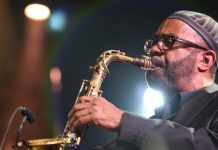 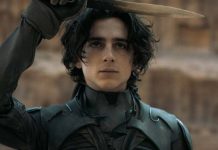