Recently, filmmaker Sandeep Singh, a friend of late actor Sushant Singh Rajput, announced his next film. Sandeep Singh is going to make his next film ‘Freedom Fighter’ on Veer Savarkar. Sandeep has taken veteran actor and filmmaker Mahesh Manjrekar on board to direct this film. Now big news is coming about the lead cast of the film.

It is reported that many big names are running in the race for the lead role of the film i.e. Vinayak Damodar Savarkar. These include the name of Ayushmann Khurrana. According to the report, this film will be made on a big scale. Makers are in talks with many stars for its lead role and Ayushmann Khurrana is at the forefront.

mar Rao and Ayushmann Khurrana for the lead role of the film. The makers have talked to both the stars about this. The makers want the role of Savarkar to be played by the star who has a strong presence on screen.

A source close to the project said, “Ayushmann Khurrana is taking a jibe at Rajkummar Rao in this matter. Ayushmann has also given better results at the box office as compared to Raj. The budget of this film is very good. Talks have taken place between the makers and Ayushmann and both can sign the agreement at any time.

Talking about Ayushmann’s work front, Ayushmann Khurrana had also signed a film named ‘Doctor Ji’, whose shooting got stuck in the middle due to Corona. Apart from this, he will be seen in many films like ‘Chandigarh Kare Aashiqui’, ‘Anek’. By the way, how excited are you about this new role of Ayushmann? 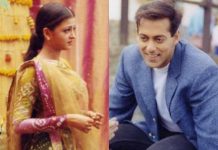