(AFP) – “Bac Nord”, a film on violence in Marseille, remains at the top of the box office for its second week, while the novelties have had a weak start, according to figures released Wednesday by CBO.

This thriller attracted more than 414,000 spectators in the last week of August, or 897,551 cumulative admissions.

The ranking in the first five places remains unchanged.

Then come, at the end of the school holidays, two films for children: the “Baby Boss 2: a family affair” from the Dreamworks studio, and “Pat ‘Patrouille”, which exceeds the million admissions accumulated in its third week. .

Then we find two French comedies with big budget, “OSS 117: Red alert in black Africa”, which is in four weeks of exploitation, and “Kaamelott – First part”, best start of the year for a French film, which approaches 2.5 million admissions after six weeks.

The two releases of the week which entered the “top 10” attracted few spectators: “Reminiscence”, a Hollywood science-fiction film, sixth only, and “France” by director Bruno Dumont, ninth with 75,033 admissions. 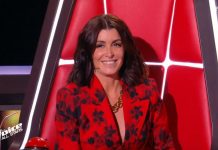