the essential
Soon pantheonized, the leader of the review had gone to Florida in Agen in 1938, but the local press had covered more the coming of Marthe Richard a few days later… In Aiguillon, within the framework of the Confluences festival, many memories will be evoked as for its passage in the city.

Franco-American artist Joséphine Baker (1906-1975) will enter the Panthéon on November 30th. She joins, in this mausoleum of the Republic, those who made the greatness of France (Schoelcher, Jaurès, Moulin…) because of her involvement in the Resistance during the war, as well as in the fight against racism.

The actress, famous leader of Parisian reviews during the Roaring Twenties, had a sensational career in the music hall, then had turned the page and had notably settled not far from here, in the Dordogne (at the Château des Milandes, near des Eyzies).

During her career, she performed on several occasions in the Southwest, notably at Florida d’Agen in 1936 and 1938.

That year, precisely on April 12, 1938, she performed with her “swing-band”, as the newspaper La Petite Gironde announced in its columns: “Tonight at Florida, what you haven’t yet seen: the great star of the Casino de Paris, in flesh and blood on the Florida stage, accompanied by her partners: Ben Apcar, Mario, Merat, Ben Tyber, Pepino and his swing-band. The great artist will make you hear her wonderful voice, you will dance the most eccentric dances of his repertoire. This is a unique gala for the city of Agen. There will be a crowd tonight at Florida, it is prudent to rent a seat. Price of seats from 8 to 15 francs. “

These few lines will have been produced the very day of the show, and apart from two small advertisements in La Dépêche and Le Petit Bleu, this show will not be advertised very much. And there will be no account in the three newspapers of the time, “the great artist” surprisingly falling into oblivion that very evening.

It is true that in April 1938, the press dealt primarily with national and international news: Blum was overthrown (it was the end of the Popular Front) and Daladier was appointed head of a “defense government,” of work, and of action “. At the same time Austria voted for the Anschluss, and the word “defense” sums up the state of mind of French officials …

The passage to Agen of Josephine Baker will also be obscured by another show, given on April 14, 1938 and presented in the press as “a real event, as unexpected as it is sensational. [qui] will put our city in turmoil. ”Marthe Richard is indeed invited to the Gallia-Palace (place Pelletan) to“ present the great film which traces her fascinating life: “Marthe Richard, spy in the service of France.” We will do much more on this film screening than on the live performance, that’s the height! Marthe Richard: therefore steals the show, but the leader of the review will take her revenge much later. The spy-intriguing will leave to posterity a law of closing the brothels; but with her entry into the Pantheon, Joséphine Baker is inscribed in history for eternity. 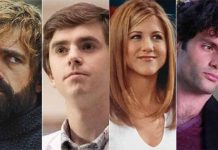 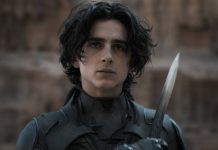 7 actors and actresses who almost turned down the roles that...