Haseen Dillruba: Taapsee Pannu and Vikrant Massey starrer film to release next month, murder mystery to be solved on Netflix

In the last few days, the release dates of many upcoming films have been announced. These include films like Vidya Balan’s Sherni, Amitabh Bachchan’s Chehre, and Dhanush’s Jagme Thandhiram. Now the names of Taapsee Pannu, Vikrant Massey, and Harshvardhan Rane’s film Haseen Dilruba have also been included in this list.

Fans are eagerly waiting for this film. On Thursday, the makers announced the release date of the film, giving good news to the fans. The star-studded film ‘Haseen Dilruba’ will be released next month i.e. on the 2nd of July. The film rights are with Netflix.

Let us tell you that the story of this film is by Kanika Dhillon and it is directed by Vinil Mathew. The film has been produced under the banner ‘Color Yellow Mumbai’ under the banner of renowned filmmaker Aanand L Rai.

It is a story centered on a woman who is accused of murdering her husband. Earlier the film was to be released on 18 September but due to Corona, it could not be released on time.

The shooting of the film was completed in October last year and it was informed by Taapsee herself. Talking about Taapsee Pannu’s work front, Taapsee has many different genre films in her account. These include films like Shabaash Mithu, Rashmi Rocket, Loop Lapeta, Dobara. By the way, which film of Taapsee are you excited about? 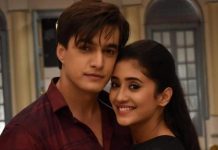 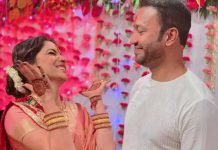