It’s not easy to see each other again twenty years later on the screen. “I have not seen the film since. It will be a shock. Especially since for the first screening, I had not woken up. It was a failed act,” said Régis Royer. On the occasion of the 120th anniversary of the death of the painter Toulouse-Lautrec, the Albi museum had decided to broadcast the film “Lautrec” by Roger Planchon. A way “to revive for a few hours”, this “protective genius” of the museum, as curator Florence Saragoza underlined.

Régis Royer played the leading role there, that of the painter. He was present at the screening yesterday. “Be indulgent. I did what I could with my means. It is above all a film about an era. And I think it is well transcribed,” he said to the audience, including the audience was very feminine. This role marked his life and earned him a long period of inactivity (see Wednesday’s Dispatch). It is for this reason that the actor was happy to see this film again years later, his career now well established. At the moment, he is playing Berlioz.

After the screening, the guests were treated to a musical moment with a student from the city’s conservatory. Then a conference-debate took place around Régis Royer on how to embody Toulouse-Lautrec on the screen. 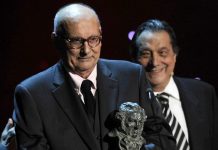