the essential
Bruno, the grandmaster of Jean-Luc Reichmann’s game on TF1, broke the world record for solo victories in a game show.

But where will he stop? Bruno Hourcade, the Toulouse super champion of the game “Les 12 coups de midi” every day on TF1, has just broken a new record. He had already won the game’s participation record on August 11 by exceeding the 199 participations of the Breton candidate Eric. He broke a new record on Saturday, August 28: the world record for solo wins in a TV game. Just that !

“A milestone is really crossed in the history of TV shows,” commented host Jean-Luc Reichamnn at the end of the game on Saturday.

Bruno will participate in his 215th show this Sunday, August 29, which will allow him to beat this record. It was held by a Frenchwoman, Marie-Christine, with 214 victories in the France 2 game “Everyone wants to take their place”, then presented by Nagui, in 2018. Note that this record is not yet approved by the book Guinness Records.

Read also :
Toulouse: who is Bruno Hourcade, the super champion of the Douze Coups de Midi

To win for months, “Fifou dingo” – that’s his nickname – trains one hour a day. “I try every day, for about an hour, to take stock of a category of knowledge to be ready to face all eventualities. Some of my files have never been useful to me but I prefer them. to do rather than regret by telling me that I had not prepared myself well enough, “he told La Dépêche a few days ago. The candidate, a former employee of the advertising agency of the Eurosport channel and from Fontenilles in Haute-Garonne, likes to learn, play and participate in quizzes.

With 214 participations to his credit since January 21, Bruno Hourcade has already won 906,634 euros! 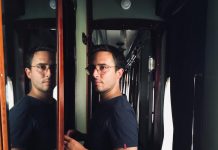