Mira Rajput wished her mother on her birthday in a unique way, saying – there is no one like you

No one can wish as much as you Meera has posted a picture taken with her mother on her mother’s birthday on Twitter. In this photo, behind mother, Bela is Meera who is clinging to her mother’s neck. The bonding of both has come to the fore in front of the camera.

Meera is seen as very happy hugging her mother. While congratulating her mother, Meera wrote, Mother, you are everything to me. No one wants or wants as much as you want me. May you always be strong, beautiful, happy, and generous. Also, keep smiling always. Happy birthday to your mother who brought light to our life. I love you.

Film producer Pragya Kapoor has also wished Mira Rajput’s mother on her birthday. Apart from these, many fans of Mira Rajput have also sent many congratulatory messages. Meera often posts photos of her mother and other family members on social media. 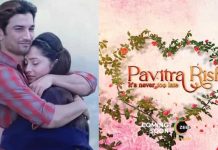