One look at Taapsee Pannu’s Instagram handle will tell you exactly how much she enjoyed her recent sojourn to Russia. The actress shared several pictures of her relaxed vacay, which included exploring Moscow. Her holiday came to an end yesterday when she shared a post and captioned it, “You are really beautiful #Moscow Until I see you the next time! Bye.”

On the work front, Taapsee has a string of films in her kitty. The actress, who was last seen on the big screen in Anubhav Sinha’s ‘Thappad’, has ‘Rashmi Rocket’, ‘Loop Lapeta’, ‘Shabaash Mithu’, ‘Dobaaraa’ and ‘Do Baara’ lined up.

In a recent interview, Taapsee said that she hasn’t learned acting formally and picked up everything she knew from the sets. The actress said she was grateful for the chances she got early on in her career and admitted that she would have never lasted so long had she struggled to get roles.

She also revealed that she thought it was important that viewers relate to her character and that fame was not important to her. Taapsee also said that she gets bored easily, which was why she was happy to sign multiple films at once. When the lockdown had lifted last year, the actress was among the first stars in Bollywood to resume work. 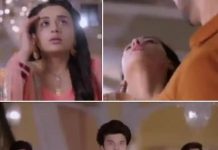