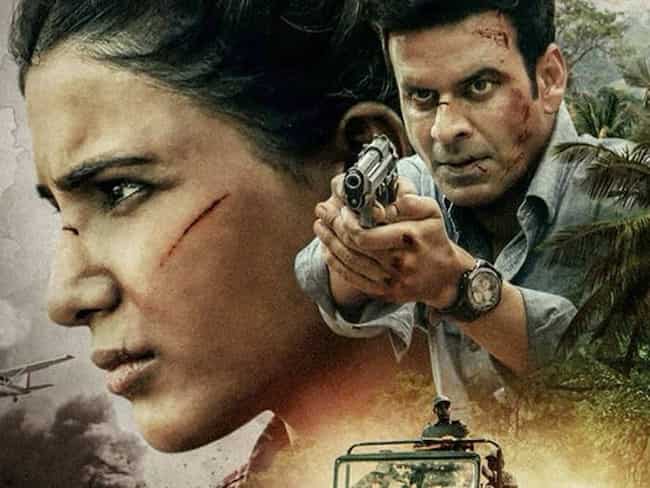 From social media to the dining table of the house, these days the discussion of ‘The Family Man 2’ is everywhere. From Manoj Bajpayee to Samantha Akkineni and Priyamani to Uday Mahesh, the show is getting a lot of praise. Especially in the role of Raazi, Samantha has won everyone’s heart. From the character of the show to the story, everyone is being praised a lot. But in the meantime, it has come to the fore that how much fee or salary (The Family Man 2 Cast Fees and Salary) has been taken by the lead actors for the show.

‘Network 18’ has released a report quoting people associated with the show. In this information has been given about the fees of Manoj Bajpayee to Samantha Akkineni and Priyamani to Darshan Kumar and Sharib Hashmi. According to this, Manoj Bajpayee in ‘The Family Man 2’ has taken the highest fee of Rs 10 crore as compared to the rest of the cast for playing the character of Shrikant Tiwari.

Samantha’s fee is also in crores

South Indian film superstar Samantha Akkineni has made her debut in Hindi on OTT through this web show. Samantha has reportedly charged Rs 3-4 crore to play the dangerous character of Raazi.

Talking about the second starcast of the show, Priyamani’s fee for playing the role of Suchitra, wife of Shrikant Tiwari, is being said to be Rs 80 lakh. Priyamani is also an actress of South Indian films. While she has also appeared in Hindi films like ‘Chennai Express’. Priyamani will also next be seen in the film ‘Maidan’ with Ajay Devgan.

In ‘The Family Man 2’, Sharib Hashmi plays the role of JK. He has appeared in movies like ‘Slumdog Millionaire’ to ‘Jab Tak Hai Jaan’ and ‘Paglat’. According to the report, Sharib has taken a fee of Rs 65 lakh for this show.

Talking about the rest of the cast of the show, Darshan Kumar has played the role of Major Sameer. Darshan Kumar is a well known actor. He has worked with Priyanka Chopra in ‘Mary Kom’ and Anushka Sharma in ‘NH10’. Earlier, Darshan also earned a lot of name in the ‘Ashram’ web series. It is said that Darshan Kumar has taken a fee of Rs 1 crore for ‘The Family Man 2’.

Sunny Hinduja and Ashlesha took so much fee

Sunny Hinduja is in the role of TASC agent Milind in the show. She has charged Rs 60 lakh for the show, while Ashlesha Thakur, who plays Shrikant Tiwari’s daughter Dhriti, has charged Rs 50 lakh. All these figures are from the report, it has not been confirmed by the production house or the actor.