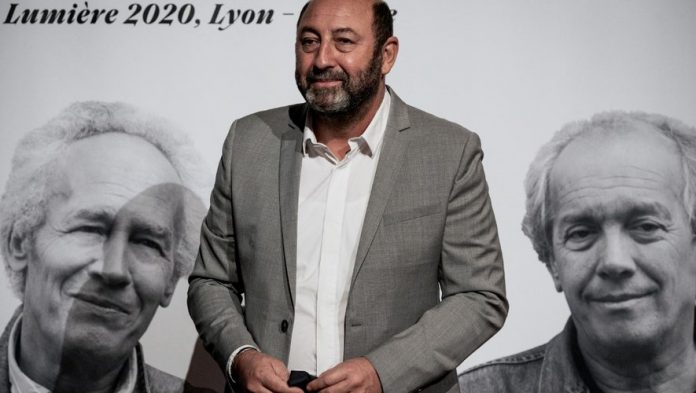 (AFP) – Inspired by a true story, the second feature film by director Emmanuel Courcol, “Un Triomphe”, in theaters on Wednesday, offers Kad Merad a new dramatic role, that of an actor at the bottom of the wave committed to lead a theater workshop in prison.

Audience Prize of the Angoulême Festival 2020, this film brings to the screen the story of a group of prisoners in 1980s Sweden, who dressed up during a public performance of “Waiting for Godot “by Samuel Beckett, play repeated in detention.

Kad Merad brilliantly plays Etienne, a struggling actor who accepts out of spite, at the beginning, to take charge of detainees within the framework of cultural activities, and whose confidence he will above all have to gain.

The prisoners, strong heads at the start, prove to be very talented, to the point that a series of performances is organized outside the prison with the agreement of the director of the prison interpreted by Marina Hands.

For the first time, the prison administration has accepted that the filming will take place in an active prison, the Meaux-Chauconin penitentiary center (Seine-et-Marne) which accommodates 900 inmates.

“I liked that the film was inspired by a true story, it brings another dimension to the film. It’s not just a good story, it’s a story that really took place,” said Kad Merad in production notes.

“I met Jan Jönson, the Swedish director to whom this story happened. I wanted to be this little guy in which every actor can recognize himself, not a failure but someone with a bit of less in sight and who needs to work, ”adds the actor.

Etienne, his somewhat gruff character, is above all passionate about theatrical performance. He will not let go in this prison adventure, hoping to get his apprentice actors out of their infernal spiral.

“Everything he could not do before, he does through this experience. He fights for the detainees,” said Kad Merad. After a tour organized in the provinces despite their detention, the inmates-actors will take the stage of a large Parisian theater.

“I did not want to make a desperate cinema, even when it deals with a dark reality. As long as there is human, a ray of light is always possible”, observes for his part the director and screenwriter Emmanuel Courcol, revealed in 2016 with a first film, “Ceasefire” on the return to civilian life of a soldier from the First World War.