When Amitabh Bachchan was upset with this song of ‘Yarana’, he had heard Rajesh Roshan by phone

Bollywood’s famous musician Rajesh Roshan is celebrating his 66th birthday today. On this occasion, he shared an anecdote related to Amitabh Bachchan. When Amitabh Bachchan was so upset with him that he had phoned him fiercely. Although such things are rarely heard about Amitabh Bachchan, this story is different…

Amitabh Bachchan got angry on the phone

The thing is from the 70s to 80s when Amitabh Bachchan himself used to be present in the studio while recording the songs of his film. Even during Yarana in 1981, Amitabh often did not go home after the shooting was over but instead went to the recording studio.

Rajesh Roshan told The Indian Express, ‘The history behind this song (touching my mind) is very big. Amitabh Bachchan always used to come to my music room after finishing his shoot.

When this song was being made, he moved to Calcutta in connection with the shooting of the film. From there, he called me one morning and started saying that this song was made very fast and he would not be able to shoot it.

Rajesh Roshan further said, ‘I told him to trust me and shoot it. I could feel his anger on the phone. But still, he shot the song exactly as he is. He had the power to ask the director Rakesh Kumar and the music director to change the song but he did not do so. The way Kishore Kumar sang this song can never be forgotten.

Let me tell you that Rajesh was born on 24 May 1955 in Bollywood’s famous family. He is the son of well-known musician Roshanlal Nazareth. Rajesh’s elder brother Rakesh Roshan and nephew Hrithik Roshan are two of Bollywood’s biggest names. 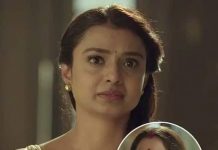