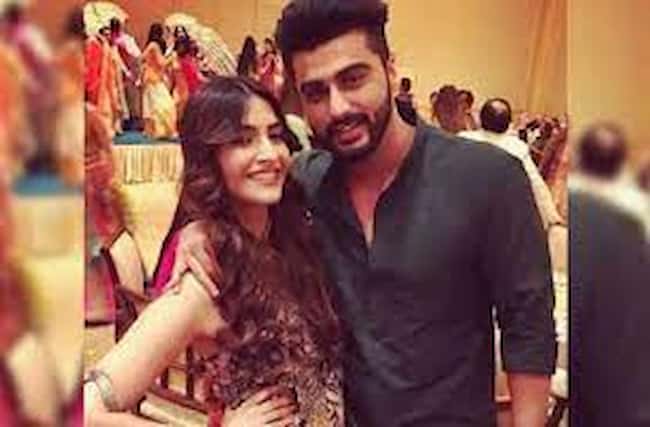 When Arjun Kapoor was beaten up because of Sonam Kapoor, reached home with swollen eyes

How protective Arjun Kapoor is about his family, friends, and love can be gauged from his news and photos in the media. Arjun’s special bonding with his cousin Sonam Kapoor has been seen on many occasions. Now Arjun mentioned an incident from his school time that how he got hurt because of Sonam.

did this with Sonam

In a conversation with radio host Siddharth Kannan, Arjun told me that Sonam and I were in the same school. At that time I was fat and Sonam and I loved playing basketball. Once we were playing the seniors came and caught Sonam’s ball and said that it is not the time to play. In such a situation, Sonam came to me crying and told me that she was talked about in the wrong way.

On this, I asked Sonam who was that boy. Although I never fight I did not fight in my childhood and I do not fight now, but at that time I got angry. Then the boy came to fight and I abused the boy and he kept staring at me.

Arjun further said that that senior punched me for abusing me, due to which my eyes became black. I remember the one who hit me was a national-level boxer and I was suspended from school for fighting.

From Sharad Kelkar to Farah Khan, there was panic due to the hacking of the accounts of these celebs, know how to handle social...

Shah Rukh Khan gearing up for the shooting of ‘Pathan’ as soon as the lockdown opens? Onscreen clash with John Abraham

From Sharad Kelkar to Farah Khan, there was panic due to...

Shah Rukh Khan gearing up for the shooting of ‘Pathan’ as...

Kangana Ranaut and Yami Gautam became the first choice for the...

After the breakup with Vivian Richards, Neena Gupta’s marriage was broken...